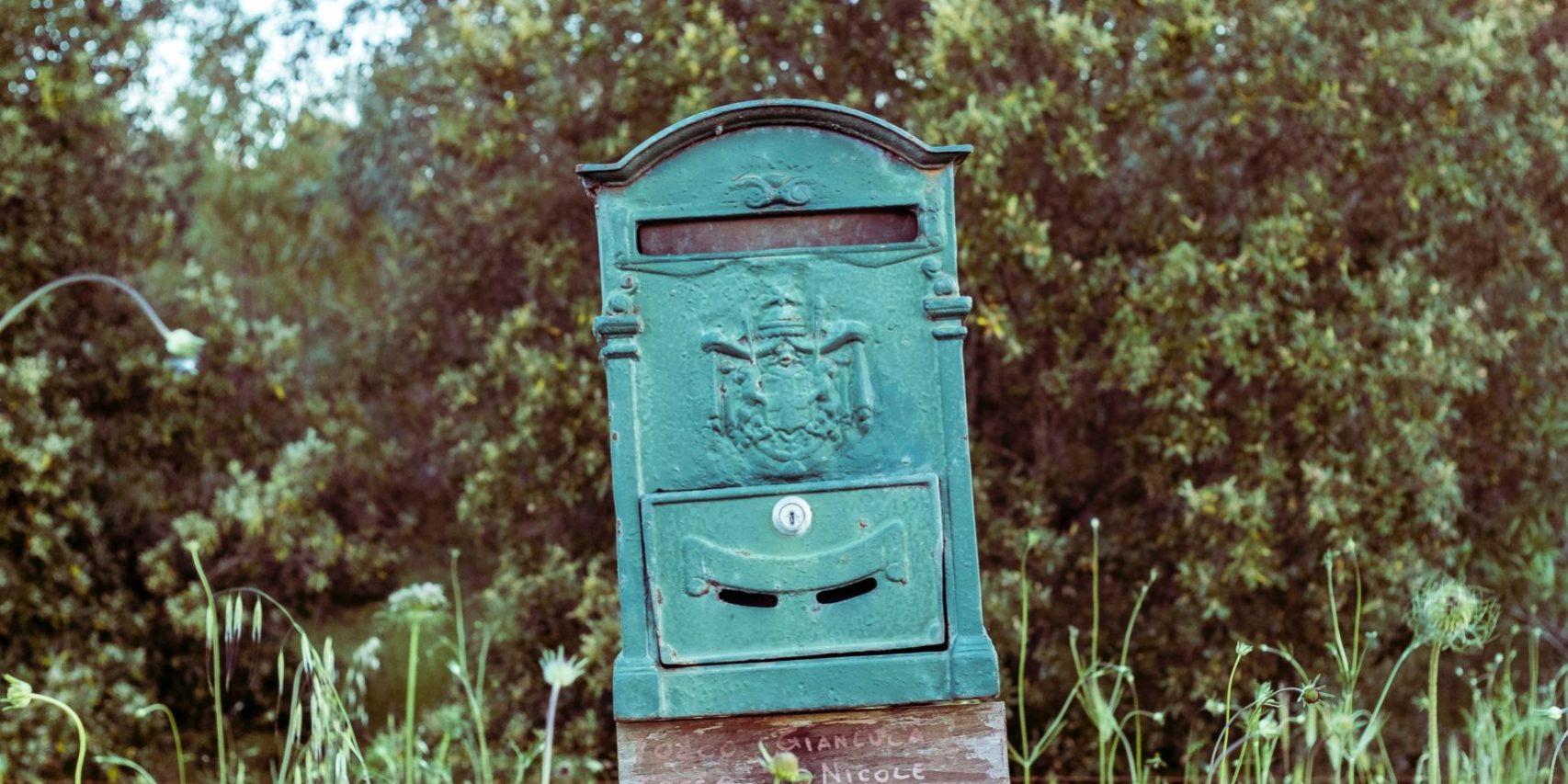 Summer at last and time for more news from Olivier….

Without going into all the whys and wherefores we all realise that the world is going crazy and that the jihadist strategy of exporting their conflict(s) to other continents is creating a feeling of insecurity which was instrumental in breaking up the European Union; the influx of migrants, more than anything else, provided an ideal springboard for extremists and populists to persuade the British citizens to leave the Union. Without anyone knowing how this is supposed to affect the root causes in the world which make migrants flee their countries to get away from bombs and misery. And here is the paradox! A more coherent and efficient policy in the Middle East could have limited the damage, I tend to think. Getting out of the Union or trying to take it apart will not change anything. Nothing and no one will stop well organised madmen from spreading panic around us!! Just in case you are interested, I wrote two articles about Brexit, one before the vote (1) and one afterwards (2).

But let’s come back to the tradition of this newsletter which is to thank all those I’ve met on my journey, that is you, and to share with you my encounters, choices and failures, or rather the lessons I learned from what didn’t turn out the way I would have liked it to. Samuel Becket said: «Ever tried, ever failed, no matter. Try again, fail again, fail better»! Magnificent!

The first half of 2016 was very busy for me; in my last newsletter I wrote that I would to try and focus on activities which correspond to my «sweet spot», i.e. the combination of what I like doing, am capable of doing and for which there is a need. So I decided to concentrate my work in Belgium on actions aimed mainly at helping people who are trying to implement business ideas (in a wide sense, setting up a non-for-profit association also falls under that definition) in order to escape precarious situations. I enjoy connecting people and initiatives by making my networks, that is you, work!! 🙂 🙂 :-). I cannot thank you enough for your support and kindness!!

First there is microStart (http://microstart.be), still very much my main occupation, an enterprise which is doing remarkably well. Five years ago microStart was created from scratch and is now a permanent feature on the Belgian landscape: we just organised the microcredit week, together with Hefboom (http://hefboom.be/ ). It took place under the high patronage of Queen Mathilde of Belgium who inaugurated the activities in Liège whereas the European employment commissioner, Marianne Thyssen, opened the week in Antwerp, to mention but these two high level signs of recognition. This kind of visibility helps to foster new partnerships and recruit new volunteers who in turn reinforce the impact of microStart. Ensuring good cooperation between the staff team, about 25 mainly young, highly motivated and very high-skilled employees, and the roughly 150 volunteers to date in the whole of Belgium is a demanding and exciting task.

NewB (https://www.newb.coop ), our attempt at creating a cooperative bank, also kept me quite busy. Given the current banking and financial environment and crises, negative interest rates and Brexit, to mention just these issues, setting up an ethical bank may seem like an almost impossible enterprise. We nevertheless managed to take a few hurdles in 2016, the most recent one being a cooperation agreement with a French mutualist insurance company, the Groupe Monceau, who are investing 10 million Euros in the project (https://www.newb.coop/fr/actua/monceau-apportera-dix-millions-de-capital-et-son-expertise-en-assurances ) The way ahead will be long and full of obstacles still but the members of the cooperative have confirmed their wish to continue working towards an ethical bank which would be serving society and not just its shareholders. Therefore we will make every possible effort to this end with renewed energy.

Work at the European Money Market Institute (http://www.emmi-benchmarks.eu/euribor-org/about-euribor.html/ ) and more particularly by the team in charge of developing Euribor and Eonia benchmarks continued with great intensity. The members of the Steering Committee to which I belong spared no effort either to advance this complex project which is essential for financial stability. The last thing we need right now is more financial instability…

During the second quarter and on request by Ashoka Belgique (http://belgium.ashoka.org/splash ) I had the pleasure of taking part in shaping the foundation business plan launched by Funds for Good (http://www.fundsforgood.eu/#!/impact/home ) which is called Generation for Good. The decision by three finance companies to make available a substantial part of their revenue to the allocation of loans of honour to first-time entrepreneurs in order to help them get easier access to a microcredit is absolutely remarkable, and it points back to the original role enterprises and entrepreneurs should be playing in society. Respect!

I have also joined PLS (http://www.pourlasolidarite.eu/en ) in order to recruit in the Belgian region of Hainaut mentors who are prepared to accompany young people who are holders of a professionnal certificate but still cannot find a job(http://www.pourlasolidarite.eu/en/node/3139 ). It is a noble and tough task for the organisers who are very skillfully juggling between the volunteers and civil servants in the regional administrations! A big thanks to them for what they do and thank you to those of you who have decided to give a helping hand.

I am honoured that Toolbox continues to entrust me with exciting missions, the most recent one being about a major establishment in the centre of Brussels which takes care of disadvantaged children. (https://www.toolbox.be/en/ ).

Another successful undertaking is APO.G, the association for the organisation and governance in enterprises (http://apog.be/qui-sommes-nous/ ). A group of people had collectively decided to set up APO.G, and a determined subset of the group then gave life to the idea, driven by our common goal: the wish to learn things together and to exchange ideas and approaches which have the potential of inspiring us in our action, professionnal or otherwise, and of improving our environment. One year later the result has by far exceeded my expectations. Our group has become ever closer and turned into a truly fantastic team! Thanks to the core team for this excellent work! We are already 20, long live APO.G!!

Unfortunately there is one project which is also very dear to my heart, Cross-The- Bridge (http://www.cross-the-bridge.be/ ) where we are not successful, despite a great deal of support and commitment by some of you. We will have to call the initiative into question and reevaluate our approach but I am still convinced that some action along these lines is needed!

Then there is also Emergency (http://www.emergencybe.org/ ) which is doing fine in Belgium and Alumni Europae (http://www.alumnieuropae.org/ ) where I find all the values I truly cherish, and I think we all know how important it is in these troubled times to be in tune with one’s values and beliefs. We work with volunteers only and growth is slow but steady; we already have more than 2 300 registered membres who are highly active on the social networks, Facebook and LinkedIn. (http://us11.campaign-archive2.com/?u=6062ecfe61eb57a84f1736fb0&id=a7238526e7&e=593b68ec1b ) for our last newsletter.

Finally there is the singing with the Chorale des Optimistes where I leave each rehearsal with an incredible level of renewed energy. Our choirmaster is a passionate musician with endless stocks of kindness and patience. Come join us and sing with us, it does so much good!! (http://www.liguedesoptimistes.be/home.php?page=musique)
You can also get information from my wife Barbara barbara@bweller.be.

Speaking of….Barbara stoically follows and supports all my steps and helps me, wherever she can, to make me as happy as possible. A little over four years ago she married a general manager who wasn’t always satisfied with his work but brought home a generous paycheck, whereas she has now been living for three years with a volunteer …….who is happy most of the time 🙂 🙂 :-).

The picture would be incomplete if I didn’t mention our house in the Dordogne from where I am writing these lines and where we have just welcomed two new members, Charles and his partner Valentina (see my last newsletter). We are spending our first summer together in this new configuration and are getting to know each other, always an exciting, fascinating and enriching human and collective experience. And the place is just marvellous, as those of you who came to see us over the last almost 20 years will be happy to confirm!!

Thanks again to all of you and see you very soon! Olivier, July/August 2016